I designed and printed a shorter version of the camera pitch mount with better fixing points. I later printed a new horizontal arm too. Needs painting. 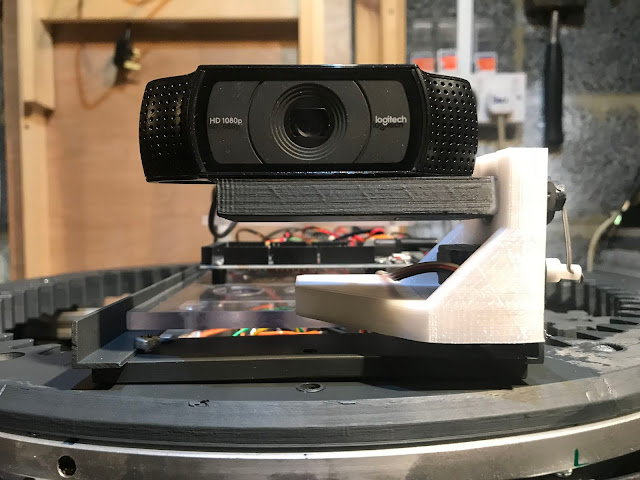 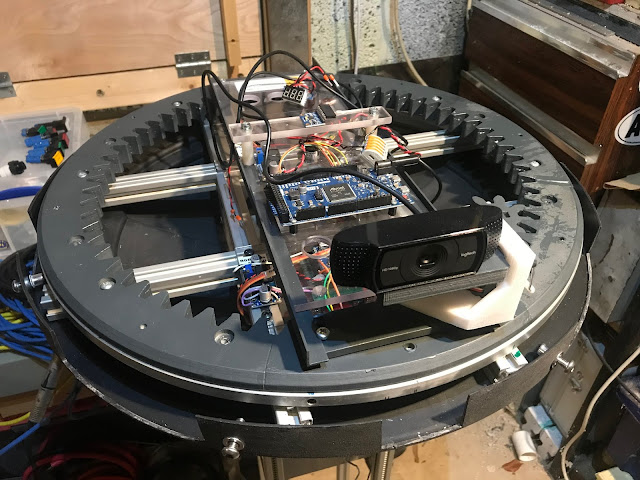 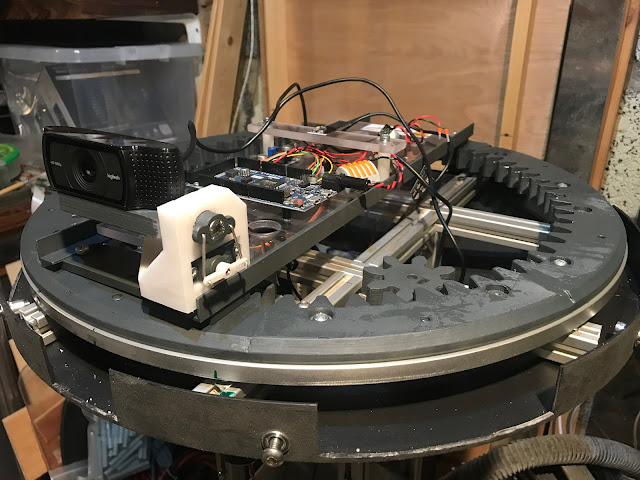 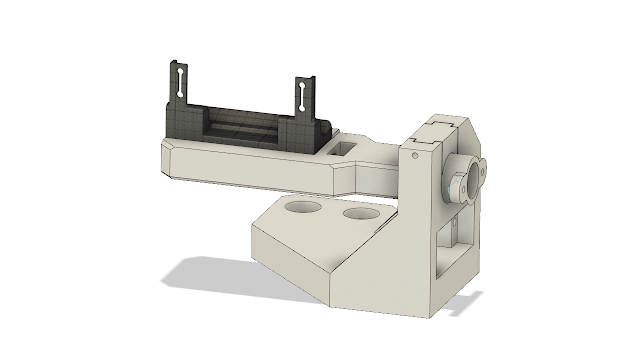 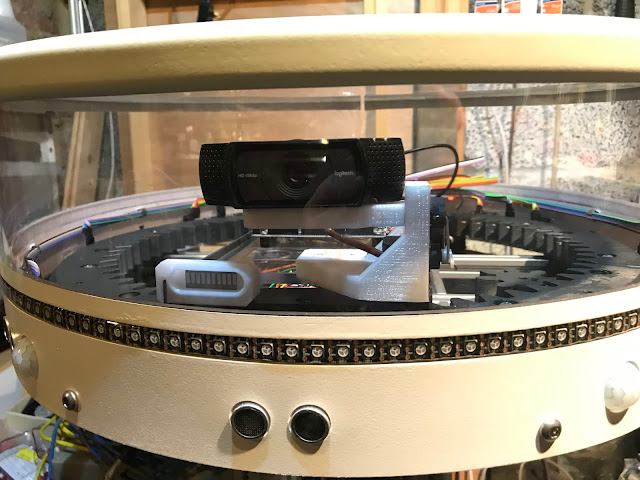 There's also a 10-segment LED block there too. It'll be used to display RPi activity and the heartbeats of the Arduinos.


I shuffled some components and re-routed some wiring allowing for better power distribution. I need to allow for the RPi UPS. Raspberry Pi's don't like having their power pulled without being properly shutdown first as it corrupts files.

I chose to base a UPS around a "Raspberry Pi Wemos 18650 Battery Shield", essentially the guts of a small powerbank. I already had some 18650 cells and I could easily access connections and package it in a way that suited me.

I scribbled out a schematic that should allow the RPi to auto-shutdown upon loss of main power (from what will be the rear keyed e-stop), disconnect from the UPS battery while off to avoid draining it and still allow the RPi to boot when the e-stop is released. If it works as expected, I'll draw up the schematic and post it. Not quite had chance to put it together yet because...

I've been considering mounting the UPS components on 3DP side "walls" on the bridge. I need something to keep cables tidy and to give more mounting space for bits and bobs including the IMU and LDR assembly (allowing for PV tracking now, even if I don't use it).

My design for the side walls went through a few variations but essentially looks like this:

I printed one pair of angles with no problem, then immediately tried printing a mid-section. For some reason  the bloody thing kept peeling off on one corner and making hell of a mess, though nothing had changed and even the size was similar to the previous parts. Three attempts later and with Octoprint misbehaving too, I'd had enough. Try again another time.

ROS on a Raspberry Pi 3B+